Velena believes in the power of journalism to inspire, impact, and be a voice for those most in need.
Take a look at some of Velena's video highlights on her video reel page.

Velena Jones is an engaging, enthusiastic reporter who lives for breaking news and loves to tell stories.

Jones is a reporter and fill-in anchor for CBS affiliate WISC-TV News 3 in Madison, WI. Jones joined the News 3 team in March 2014.

While at News 3, Jones has been the station’s go-to reporter for the Rock County area of the state and has been the first to the scene of several big national stories originating in Madison, WI.  She was the lead reporter for the coverage of the officer involved shooting of Tony Robinson, an unarmed black male, and Jones was also the lead reporter for local “Black Lives Matter” protest and demonstrations. Most recently, she led coverage for a University of Wisconsin – when a student was charged with sexually assaulting over a dozen women.

Familiar to the Midwest, Jones came to News 3 from WBKB CBS/FOX 11 in Michigan, where she worked as the News director, Main Anchor, and Reporter. During her time in Michigan she hosted a one hour news magazine show every week highlighting important local and state issues and events happening in the community.

Jones began her career as a News Assistant and Traffic Producer at KABC7 in Los Angeles. During her time in LA she interviewed Smoky Robinson, covered the 25th anniversary of the LA riots, and the Conrad Murray trial.

Prior to her move to the Midwest, Jones graduated from Biola University, where she majored in journalism and minored in biblical studies.

Jones is an award winning journalist, receiving a  “Michigan Broadcasting Award” for “Insights into Northern Michigan”, a program she hosted while at WBKB. She is also one of the recipients of a Midwest Regional Emmy for her role in the coverage of the Tony Robinson shooting in Madison, WI that made national news in 2015.

As a talkative child, Jones was compelled to become a journalist at an early age to use her voice for good. She believes in the power of journalism to inspire, impact, and be a voice for those most in need. Her work goes beyond her story telling, as Jones is often found out in the community giving her time to events that bring light to issues facing her community, and taking time to contribute to organizations including the NAACP and Urban League that benefit a great number of people.

When Jones is not at work she loves rooting for the San Francisco Giants and Golden State Warriors! Thanks to her years studying dance from childhood into college, Jones makes it a point to take in plays, musicals and dance performances throughout the year, and regularly practices yoga and barre to stay in good health. Jones likes getting out into nature, hiking, and walking the farmers’ market that wraps around the Wisconsin State Capitol building from the spring into fall. In the winter she hits the slopes to ski. Jones also spends time relaxing along the lakes in Madison, Wisconsin and back home in the Bay Area of California. 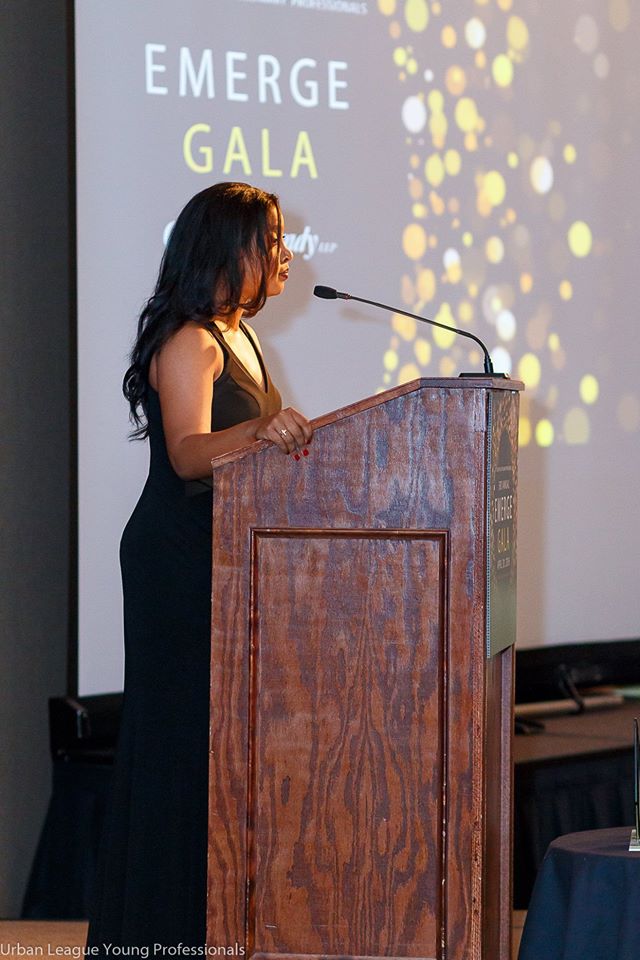